Sorry for the slow translations these last couple of chapters. I’m trying to pick up the pace a bit, but this summer is proving to be a busy one. Hope you’re all enjoying it though.

Joe J. Skycastle VIII was in a state of confusion.
He had lost his queen consort early on in their marriage and was unfortunately not blessed with the treasure that is children. Since then nobles from all over have been incessantly trying to push their daughters onto him as new candidates to become queen. But truthfully the King had difficulties when it came to loving women. That’s not to say he was in the men’s camp. To put it bluntly, he was just inept at sex. That was why the King had not set up any kind of inner sanctum for consort(s). With all of that, right now the very King in question was caught against his expectations and exposed from the very finest, to the most horrid types of pleasure.
This was the King’s chambers. And on one side of the King was a naked Dragon Maiden, and on the other, another naked man. These two were each respectively whispering into the King’s ear, taking turns violating the King’s senses from his left and his right, and performing various acts to try and squeeze the King’s spirit.
The man and woman duo continued whispering into the King’s ears, even as he was completely exhausted out.

The King moaned.
From then on, the King was once again made to feel everything from the highest of pleasures to the lowest until finally blacking out.

This was the Merchant Guild. The guild master Maria and the Workshop Guild guild master Flint were both having fun listening to Ellis’s explanation.

“How about it Maria, Flint?”

Both of the guild master’s gave Ellis a favorable reply.

“Between preparations for accepting applications for each store that wants to open a booth, and thinking about advertisements for every city, we would need at least ten days to get ready.”
“It’s easier on us since we still have all the equipment from the harvest festival. Two days would be enough for us to finish building the venue.”

Satisfied with their responses, Ellis rose up out from her chair next to them.
“In that case, please hold a meeting to make it official. I’ll go explain everything to Baltis and Theseus after this.”

Ellis did as she said, immediately leaving to give an explanation at the Thieves’ and Adventurer’s Guilds.
In the meantime, the other four divided the work of visiting the cooks in Lily Garden, Freedom Promenade, and Gentleman’s Street, and asking them about their impressions for the whale meat. In general, each of the cooks gave the same answer, “I’d like to see some other parts as well,” and even adding on a small request.
By noon the girls had gathered back together for lunch, and in order to meet with the cooks’ request, they decided to tailor make a special carriage for a tour the next day. Claire was just about to leave for the Workshop Guild to start the preparations when Ra-chin stopped her.

“Hey Claire, I’ll carry the carriage, so take off the wheels so that it can be nicely affixed to my back.”
“Do you have a fever Ra-chin?”

Ellis was caught completely off guard by her dragon’s offer. What was this lazy Land Dragon who always insisted on being carried in a backpack so as to not have to walk saying?
Ra-chin called out to Ellis using his telepathy so that nobody else would hear.

Ellis burst out laughing.
Yes, Ra-chin was still Ra-chin. It’s just that in his own way he was jealous of those flying dragons who could dance through the wide open sky. So this was his way of showing off his own specialties in mass transit.
Still bemused by that irritation, Ellis shared an explanation with Claire and the others, keeping Ra-chin’s real thoughts to herself.

“I’ll back up Ra-chin’s request. If it’s him, he should be able to carry a carriage with around twenty people inside.”

With that being finalized, Ellis and Claire spent their afternoons at the Workshop Guild, preparing group seating for the Land Dragon’s back.
Frau and Katie headed towards the western fishing village, checking on the current state of the meat and determining around how much they would end up using.
Reeve and Su-chan meanwhile flew to the neighboring cities, handing out flyers to each city’s Merchant Guild that the Workshop Guild had hastily done up.

Flint gave his honest admiration at the support platform being set up on the Land Dragon’s back before his eyes.
Jigs were used to affix into place some seats borrowed from the Workshop Guild’s carriage division with a windbreak board set up out in front. Since it was still unknown how fast a Land Dragon could actually move, they avoided setting up any kind of table. It was the so-called open top carriage.¹ There was also an extra seat set up slightly away from the other group seating near where Ra-chin’s head would be. This was to be Ellis’s exclusive seat.

“Ra-chin, feeling any pain in your back?”
“It’s fine Ellis. Feels no different than if a mosquito had landed on me. Want to ride a little and test it out?”
“Is it fine to fill it up?”
“Ah, I suppose since it is a test run.”

Ellis invited Claire, Flint, and all the other members of the Workshop Guild there to hop on for a test drive. Flint and the other executive members were more than happy to jump on board. However Claire and a few of the other younger members hesitated to join in.

“Is everything fine Claire?”
“Ehehe, just a bit.”

Ellis recognized the face Claire always makes whenever she’s planing something. But generally her machinations don’t lead to any problems, so Ellis left her be without asking anything.

“All right Ra-chin, if you would.”

With Ellis’s words as the signal, the Land Dragon started on his way. From the Workshop Guild Ra-chin gallantly dashed to the center of town. Naturally that huge, flashy appearance of his provided a good show for the townspeople who all cheered as he ran past. Having ventured out due to the loud cheering going on through the city–the guild masters Maria, Baltis, and Theseus were all invited on board as well before Ellis and Ra-chin finally started towards the western fishing village.
The Land Dragon was easily able to match the top speed of a Magical Horse all while carrying twenty people on its back. Plus, rather than running, it might be more apt to say he was gliding across the ground making the ride the epitome of comfort. Flint and the other Workshop Guild members wouldn’t stop with the praise.
Thus after an hour long trip, Ellis joined with Frau and Katie in the western fishing village.

This village of cat beastmen with heads filled with flowers had already gotten used to the presence of a dragon, and most of them were helping Frau who was inspecting the meat that had been moved to the freezer. Selkis and the other seal beastmen were still there in the village as well.
Seeing this as a good opportunity, Ellis introduced Selkis to Warren’s guild masters. By the way, it is said that it’s currently quite difficult to get into the seal beastmen’s territory.
Then, Selkis cut through Ellis’s thoughts.

“Hey, Miss Ellis. When those demons attacked our village, we were unable to stop them from destroying our homes and even had to leave the bodies of our fallen behind. I understand this is quite selfish of us to ask, however, would you please allow us to immigrate here?”

Ellis never gave a response to Selkis’s plea, instead turning to Maria who addressed Selkis with a nod.

“I am the chairwoman of the Warren Council, Maria. I would be happy to hear more about your situation.”

The seal beastmen were entirely self-sufficient, eating mostly fish and other marine animals for their meat with kelp being their staple vegetable. This time’s attack from the demons however caused massive damage to not just their homes but much of their fishing equipment as well. They had fallen to dire straits where it would be difficult for them to even put food on the table.  They still had their share of the meat from the felled Whale Beast, but they had no plans for the future after that was all used up. Their request was one born from necessity.
Ellis tried making a suggestion as Maria thought on it.

Maria brought in Flint and the other council members to talk with Gattis as the cat beastmen’s representative, and at the village head’s home they all held a meeting concerning the seal beastmen’s immigration and how best to move forward. As a result, it was decided they would take in around 200 seal beastmen. The Workshop Guild would quickly throw up some temporary housing as they begin the building the tourist facilities in the fishing village as their third wave construction plan. Until that time though the seals would temporarily lodge with Gattis and the other cats’ homes.

“We’re going to be needing the guys from Marsfield’s Workshop Guild for quite a while now.”
Having already gotten used to this always busy lifestyle, Flint let out a hearty laugh signaling an end to the meeting,

“Then shall we head home?”

Having originally come to the western fishing village just to give Ra-chin’s transportation service a little test ride, there was no reason to make this a longer visit and so she made to climb up the Land Dragon’s back once again. Until a black shadow appeared in the sky coming from the east. Whatever it was, it was coming in fast and growing larger by the second.
After a moment, it was revealed to be Pi-tan, carrying a very large barrels in both his arms.
The Chaos Dragon slowly dropped down, gently putting the barrel down in front of Ellis and the others. From inside those barrels came those several younger members of the Workshop Guild who hadn’t boarded Ra-chin before, each one beaming with pride. Afterwards Claire jumped down off of Pi-tan’s back.

“Ellis, I made a transport platform for Pi-tan too!”

A long bench was installed in what was essentially a barrel shaped cart. Small windows had been installed on the sides with a cover placed overtop to guard against the wind.

“And then Pi-tan can put up a barrier to protect transport platform too.”

Claire proudly stuck out her chest while boasting to Ellis. The other Workshop Guild members were striking a similar pose, proud of their roles in helping to build this little project.
Actually, Claire and these other young craftsmen had taken to calling themselves the ‘Claire Carpenters’–a name Pi-tan had chosen from a list of possibilities–and they had actually been working on some form of transport vehicle for the Chaos Dragon without telling their superiors. This was where the idea for Ra-chin’s transport platform had originally come from and why the design and construction had been finished so quickly.

“This will be perfect for when we need to move family.”

And with that the girls had acquired a group land transportation service along with some improved air travel for several people.

Ellis’s question received an absentminded response from Katie and Ah-nyan however.

“We’re fine, thanks nya.”
“We, what were you talking about?”

Not sure what she was expecting from the empty headed duo, Ellis sighed while shaking her head, and pretending she hadn’t even bothered asking, gave everyone else the order.

1. Just for those of you who live in the sticks like me and don’t immediately recognize what an ‘open top’ means, here you go. 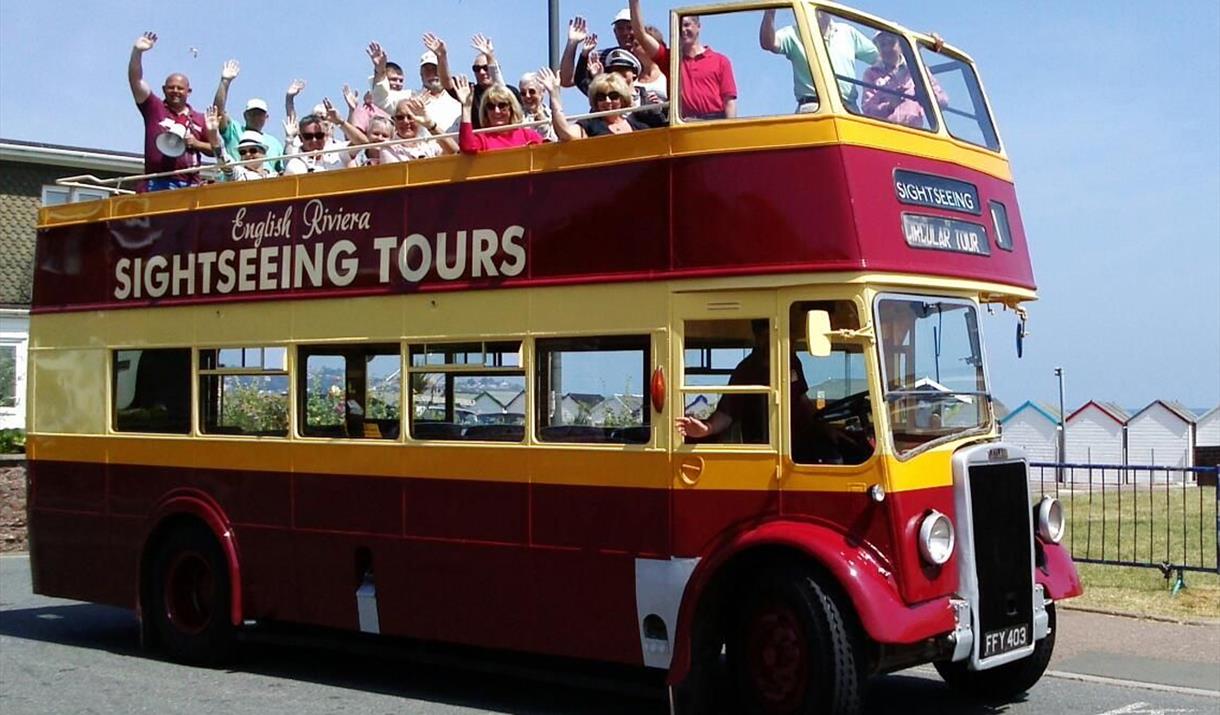